This post will guide you how to use Excel MOD function with syntax and examples in Microsoft excel.

The Excel MOD function returns the remainder of two numbers after division. So you can use the MOD function to get the remainder after a number is divided by a divisor in Excel. And the returned result will have the same sign as divisor.

The MOD function is a build-in function in Microsoft Excel and it is categorized as a Math and Trigonometry Function.

The syntax of the MOD function is as below:

Where the MOD function arguments are:

The below examples will show you how to use Excel MOD Function to get the remainder after number is divided by divisor.

1# to get the remainder of 6/5, enter the following formula in Cell B1.

You will see that the sign is the same as divisor.

Related Posts
How to Sum Every Nth Column in Excel

Sometimes for data listed in rows, we may want to sum data every Nth column, for example sum data only in ODD column or EVEN column (every 2 column). In our daily life, we may meet many cases like this. ... How to Highlight Every Other Row or Every Nth Row in Excel?

Sometimes we may want to highlight every other row or every Nth row in a spreadsheet to make data in different rows looks more clearly. Though we can apply table styles to highlight table rows automatically, we can also highlight ... 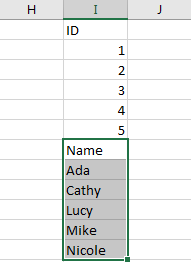 How to Convert Julian Date to a Calendar date in Excel

How to Highlight Every Other Row Using Conditional Formatting in Excel

Generate All Possible Combinations of Two Lists in Excel

Sum Every Nth Row or Column